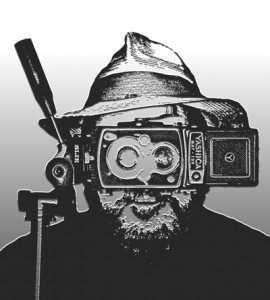 Patrick Thrush, aka ‘Papa Tango‘ began his love affair with photography in 1966 at the age of nine. Starting with a Polaroid model 125, the love of capturing images soon shifted to 35mm film and across time, into medium and large format platforms. Over the years he has enjoyed photography as both a leisure pursuit and avocation, working professionally in the areas of graphics production, portraiture, event photography, and architectural documentation.

Although digital has now assumed a large part of his camera work and printing, he still works occasionally with medium and large-format film equipment. As a former assistant director of the Center for Historic Architecture & Preservation within the College of Design at the University of Kentucky, he taught photography of the built environment and vernacular landscapes to graduate students in the Historic Preservation program, has numerous documentary projects in historic preservation archives, and projects as a photographer or team director in the Historic American Buildings Survey (HABS) housed at the Library of Congress.

He specializes in capturing elements of the built environment, and the interaction of people engaged in everyday life. Patrick lives and works in the Finger Lakes Region of New York State with his wife Donna, and a number of four-legged creatures. 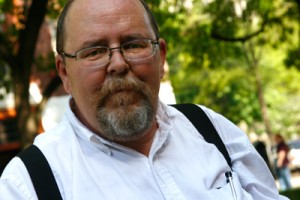 Very few photographers of any merit emerge outside of a vacuum of influence and technical process.  The art of photography—whatever the niche of commercial, portrait, fine arts, or technical—is the result of the labors of those who came before us.

I consider myself lucky to have been educated as a teenager in the nuances of film, chemistry, and printing by a cadre of older hard-driving, and sometimes cigar-chomping photographers who earned their stripes with professional cameras and tens of thousands of hours with film and printing in the world, studio, and darkroom.  They stressed that there is often only one chance to capture “the picture”—and an informed process to make it a successful public image.

Henri Cartier-Bresson referred to this as the “decisive moment” (le moment décisif).  It is that place and time in the physical world that everything comes together to capture a small slice of time and place that has meaning and impact—detached from its greater reality and frame of reference.  And it is in this moment that the artist brings that presentation through the lens to his silver or silicon canvas.

My work is influenced by the yeomen technicians of photographic art—and the notable artists of vision and image.  I follow the tradition of painters who delved deep—and found those small elements of everyday life that can be made remarkable.  Everything is of the moment, and the interest is to be found in the details—much of which is missed by the general population as they survey the world.

The vision should not be constrained to any one interpretation or genre.  In this, I do not limit my practice to buildings, people, events, or a singular artistic philosophy.  Rather those elements of interest—things planned or in the serendipitous moment–that call attention to themselves within the larger canvas of the world.  True, there are thematic narratives that emerge in my body of work—the interpretation of that element, or certain sorts of places.

My goal as a photographer and artist is to capture that which is of interest—distill it into a new frame of reference—and leave it to you, the viewer to bring your emotions, thoughts, and affinity to find that which is meaningful and resonates on a personal level.

Technology Director for the Historic Preservation Program in the College of Design, and Assistant Director of the Center for Historic Architecture and Preservation (CHAP) at the University of Kentucky.  Photographic responsibilities were major conservation assessment projects, surveys of historic resources, and teaching documentation photography at the graduate level.